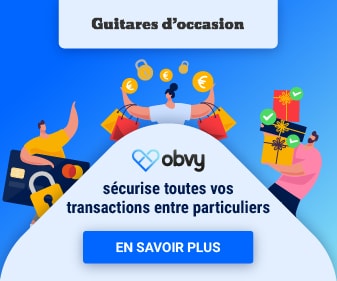 You can see it here, it's the 4th guitar:
https://www.youtube.com/watch?v=U0Z56kWNVfs

Bernd Holzgruber from Velden near the Wörthersee (Carinthia) in Austria was born in 1939, studied guitar with Karl Scheit in Vienna and played his final examination in 1968 on a self-constructed instrument. Since then, he took care of Scheit’s instrument collection which gave him the possibility to study master guitars, for example by Hermann Hauser I and Robert Bouchet, as well as historical lutes. He’s a pioneer in the construction of historical instruments and a creative luthier, who had constantly continued developing his models during his 50-year career. Bernd Holzgruber builds, beside traditional guitars, also double-top guitars like this beautiful example we have now in our store. The top is made of two layers of cedar with an inner layer of Aramid. Back and sides are made of Indian roseweood. The tuning machines are by Rodgers.